Kinky half wigs are new arrivals that are made of real Remy hair and headband in the front, they can satisfy the people who want to change hairstyles in 5 minutes. After the kinky half wig was put on the shelve, it has welcomed by many customers. Tei Jae, who has 158k subscribers on youtube, is no exception. She bought one kinky straight half wig from us in September and has given a review of it. Let see what did she say:

Unboxing Review Of Kinky Half Wigs

“All right, guys. I am super excited today. We do have kinky straight hair from the Nadula. Of course, she is 20 inches. I love love love the construction of this kinky half wig. The hair was soft, it didn't have any type of smell straight out the box. I said this unit is constructed differently than the other headbands. That I've shown you guys so far.” 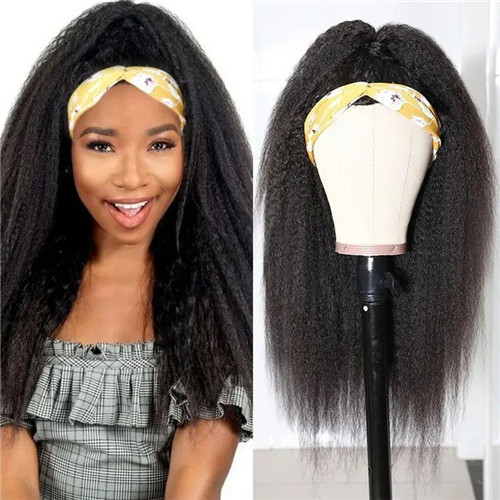 Introduce Of Kinky Half Wigs

“This kinky hair half wig has two combs, one at the top and one at the nape. But this unit is secured by the drawstring. There are drawstrings on the side which you can secure in the back. I always double cross mines because I feel like it you know fit secure.”

“But when you do that, the comb will bulk up in the back. So do be mindful of that if you do it that way. I said it does not come with velcro at all. You do have to secure it with the drawstrings that are provided. This is the headband that comes with the kinky half wigs."

How To Put On The Kinky Half Wigs?

"I'm gonna go ahead and put it on. I love how this kinky half wig human hair is constructed as well because the track is sold underneath of it. So if you know your hair was blowing it went. I don't even know how to explain it. They just have it constructed where there is no traction at all. So it's like a half wig if you want to call it that as well."

"In this way, they constructed it and sewed it on. It's just flawless. You don't need like a thick headband either the cumber. Cover up the velcro or any traction one because there is none. I'm gonna turn around so you can see what it looks like in the back. I won't be combing at all or brushing the back of the nape of my head. It'll be looking like bb knots and stuff like that. So y'all gonna have to excuse that. but I just tied this headband in the back like this. "

"So if you're wearing a high ponytail, it would be that. But like I said it does bulk up a little bit in the back because I have my jaw strings like crossed over like in an x way. If that makes sense but this is what the hair looks like before I alter it nice and poofy. "

How To Straighten The Kinky Half Wigs?

"I wanted to blow dry, but I just decided to straighten it out to see if it would give me a little bit more length. I'm not necessarily that I just wanted to see what the hair would look like straight. I'm gonna go ahead and detangle it. And then I put some heat protectant on and we're just gonna go ahead and straighten it. I don't show both sides because honestly that's repetitive and everyone knows how to straighten their hair, I suppose. "

"I'm just taking some shears and just cutting the ends. I don't want them like a blunt. But some pieces were along with the other, so I was trying to make it pretty much. This is what she's looking like before you know I do anything to it. She looks so natural and so pretty. You know you could just go with the door like that." 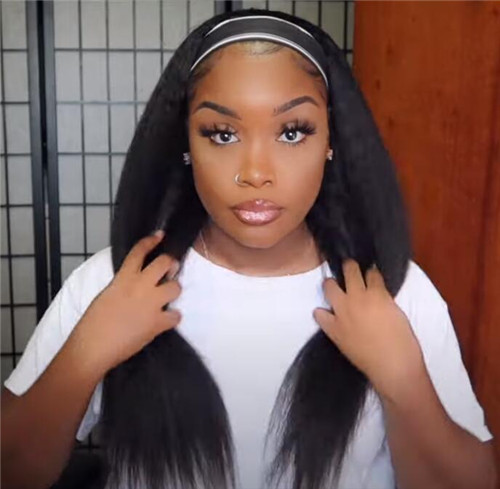 How To Curl The Kinky Straight Half Wig?

"Of course, I want to test it to see if it could hold some curls and all that good stuff. So I do add hairspray and use a different flat arm to curl her up. I love how she cold curls as well. I do end up taking my fingers and just brushing it out. This kinky straight half wig so far is so bombed. This is how the hair turns out after I combed out the curls. I really like it. Like I said this is by far one of the most natural have been wigs I've had yet."

"I said you can leave your hair out and make it into like a half wig and just you know to do it that way. I probably would try that if my hair was out. But my hair isn't braided underneath there. This kinky half wig human hair looks very very natural and very close to my hair texture. I'm just here for it. I love the thickness from the root to the tip. I did have to trim up the ends a little bit but that was nothing to worry about. "

"This kinky straight half wig didn't give me any problems. There was no tangling whatsoever. I did not experience that and shedding. I can't even recall if the unit shed, that's how crazy it was. I'm just saying I had my normal shadow because I don't remember it shedding at all."

"Okay! So no cons with the kinky hair half wigs. This was a plus in my book. I love working with this unit. If you guys are interested in this unit yourself, the information will be in the description section below. I really hope you enjoy it and until my next one. I'll see you later. Bye guys!"

How To Tighten A Lace Wig For Beginners?

Differences Between Brazilian And Peruvian Hair

Where To Buy Good Wigs Online

U Part Wig -Your Must-Have At Home 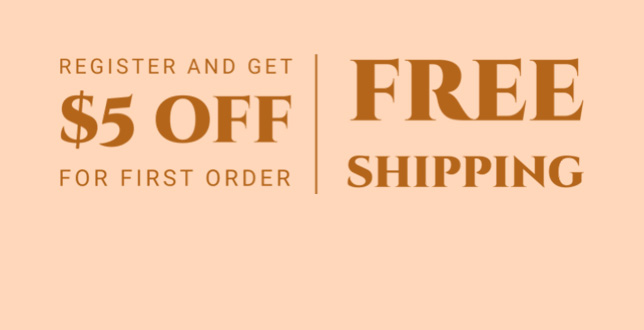 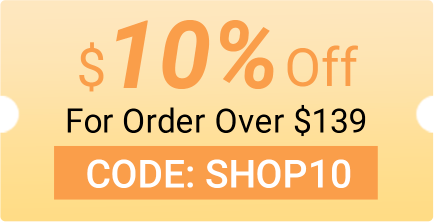 Register Login To use it
Sorry, you already have earned your points today.
To use it
Congratulations!
$20 Off Code
For All
Code: YU20
It has been into your account.
Check It Now
Sign in
Forgot Your Password?